Two faculty affiliates from Arizona State University's Melikian Center for Russian, Eurasian and East European Studies have each been awarded a book prize for their research works.

Ana Hedberg Olenina, assistant professor of comparative literature and media studies at the School of International Letters and Cultures and faculty affiliate at the Melikian Center, has won the 2021 Wayne S. Vucinich Book Prize for her book "Psychomotor Aesthetics: Movement and Affect in Modern Literature and Film" (Oxford University Press, 2020).

The Vucinich Book Prize is awarded annually by the Association for Slavic Studies, East European, and Eurasian Studies and the Stanford University Center for Russian and East European Studies for “the most important contribution to Russian, Eurasian and East European studies in the humanities or social sciences” published in the United States, and it will be officially presented to Olenina at the association's 53rd annual convention in New Orleans.

“I am profoundly honored to receive the 2021 Wayne S. Vucinich Book Prize,” Olenina said. “I am overwhelmed when I think about the history of this prize — the legacy of Professor Vucinich for Slavic studies in the United States and the remarkable works that this prize has recognized in the past. I am elated to get this high recognition for my interdisciplinary research at the juncture of Russian studies, media theory and the history of psychology. My hope is to be able to share my passion for the Russian avant-garde and media studies with my students here at ASU.” 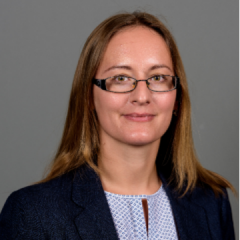 "Psychomotor Aesthetics" is an interdisciplinary exploration of how early 20th-century Russian artists, scholars, performers and the film industry experimented in response to the development of the then-new field of psychology. The book follows the development of “psychomotor aesthetics,” the term Olenina coined to describe an intertwined system of theory and practice that connect movement and expression in film and art to cognitive and emotional states.

Lenka Bustikova, another Melikian Center faculty affiliate and associate professor of political science at the School of Politics and Global Studies, won the 2020 Davis Center Book Prize for her 2019 book "Extreme Reactions: Radical Right Mobilization in Eastern Europe" (October 2019). Sponsored by Harvard University and presented at the 2020 Association for Slavic Studies, East European and Eurasian Studies national convention, the Davis prize is awarded annually for “an outstanding monograph published on Russia, Eurasia or Eastern Europe” in the social sciences. In her book, Bustikova argues that the radical right in Eastern Europe mobilizes in response to the democratic mobilization and participation of ethnic minorities. 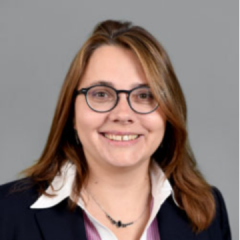 “This award is a great honor as well as a recognition of my work on the Eastern European far right,” Bustikova said. “The book 'Extreme Reactions' highlights the trade-offs between the expansion of minority rights and politics of resentment. This has implications for the quality of democracy and political representation worldwide.”

Bustikova will join the University of Oxford’s Department of Politics and International Relations as associate professor in European Union and comparative East European politics in association with St. Antony’s College starting in September 2022. She is currently serving as an editor of East European Politics.

Olenina and Bustikova join their colleagues in East European and Eurasian studies at ASU who have also won notable prizes. In 2014, Stephen Batalden, emeritus professor of history and former director of the Melikian Center, won the Reginald Zelnik Prize in History, and in 2015 his PhD advisee Agnès Kefeli Clay, professor of religious studies and Melikian Center faculty affiliate, claimed the prize. In 2009, Laurie Manchester, associate professor of history, was awarded the Vucinich prize as well.