David MacKinnon didn’t have much time to digest the news when Arizona State University President Michael M. Crow recently informed him that he was being named a Regents Professor — the most prestigious and highest faculty award possible.

Since then, the psychology professor has had more time to contemplate the award, and he says it has finally sunk in.

“Given the people I know who are Regents Professors, I’m humbled to be in that group,” said MacKinnon, who was one of four ASU scholars to receive the designation for next year. “I’m very proud this comes from Arizona State University, which has been my home for 32 years now.”

Considered the best and brightest scholars, Regents Professors like MacKinnon bring honor and distinction to their disciplines and are considered the top researchers that ASU has to offer. Less than 3% of all ASU faculty carry the title.

In order to receive this elite designation, they must be recognized by peers nationally and internationally. On Nov. 18, their names were submitted by Crow and quickly approved by the Arizona Board of Regents.

“Excellence and creativity drive forward our understanding of the world,” Crow said. “These newly named Regents Professors are the very best in their fields, advancing new frontiers of knowledge, exploring new ways of thinking about instruction, about interventions, about quantum chaos and about enhancing our understanding of the universe and its origins. To receive ASU’s highest honor, it is not enough to be knowledgeable, but to be a perpetually curious pioneer — this is where these scholars excel.”

“On behalf of the entire Academic Enterprise, I congratulate the four faculty members who are joining our elite community of Regents Professors this year,” Gonzales said. “Not only are they advancing new knowledge as respected leaders in their fields, but they are also dedicated educators, committed to sharing that knowledge with the students they teach and mentor. I have deep admiration for our newest Regents Professors and celebrate their achievements.”

ASU requires all nominations for Regents Professor to come from groups of tenured faculty members. An advisory committee evaluates all nominations following an established review process. Crow then considers the recommendations and forwards them to the Arizona Board of Regents for final approval.

Lindy Elkins-Tanton – a Foundation Professor in the School of Earth and Space Exploration in The College of Liberal Arts and Sciences. She was twice named a Kavli Frontiers of Science Fellow by the National Academy of Sciences and has received an NSF CAREER Award.

Karen Harris — the Mary Emily Warner Professor of Education in the Mary Lou Fulton Teachers College and a fellow of both the American Educational Research Association and the American Psychological Association, in which she has served leadership roles.

Learn more about them 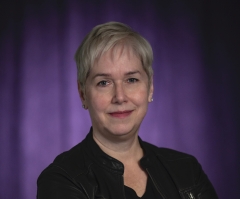 Elkins-Tanton is a scholarly leader whose research directly addresses big questions on the formation and evolution of rocky planets and their habitability.

Her most significant research contributions to date include the evolution of planetesimals, the eruption of the Siberian flood basalts and the discovery that the magma ocean stages of terrestrial planet formation retain sufficient water to create habitable planets without additional water delivery.

She has also been named as the principal investigator of the NASA Psyche Mission, a $738 million project launching in 2022 that will investigate a unique body in the asteroid belt. 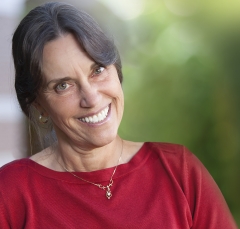 Harris is a groundbreaking scholar who has transformed contemporary notions of writing instruction. She is regarded as the international authority on self-regulation strategy instruction in the domain of writing, best known for co-developing the Self-Regulated Strategy Development (SRSD) model of instruction for both special and general education.

Throughout her teaching and research career she has chosen to work in highly diverse schools in low-income areas due to her commitment to improving teaching and learning for all students.

Harris also has authored 14 books and more than 200 peer-reviewed articles and chapters, which have been cited approximately 30,000 times. Her work and that of her colleagues have generated $23.5 million in research funding. 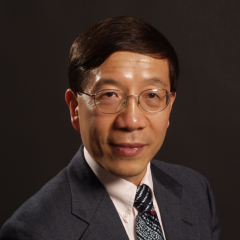 One of the world’s most influential and innovative researchers in nonlinear dynamics and complex systems, Lai focuses on relativistic quantum chaos, an interdisciplinary field that he pioneered at the boundaries of three branches of theoretical physics: quantum mechanics, relativity and chaos theory.

Another major achievement is his development of methods to modulate quantum transport in nanoscale devices.

In all, Lai has more than 500 referenced journal articles with over 26,000 citations and has secured over $12 million in federal funding. Additionally, he has graduated 22 PhD students and numerous master’s degree students and has mentored more than a dozen postdoctoral fellows. 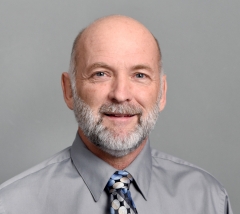 MacKinnon is globally recognized as a leader in quantitative psychology, specifically quantitative methods in prevention and intervention science. His quantitative approaches have empowered scientists across a host of disciplines to move beyond determining whether their interventions affect an outcome of interest to ascertain how such effects come to be. He has also applied these approaches to develop and refine interventions that address some of the most pressing issues of modern times, including the prevention of adolescent drug abuse.

His research also has had major impacts on fields ranging from health to marketing and from dentistry to engineering.

MacKinnon has published more than 200 articles, chapters and books that have been cited more than 57,000 times. His research has been continually funded since 1990 by the National Institute on Drug Abuse.