When mass protests erupted in Kazakhstan last week, and the country’s largest city and former capital, Almaty, suddenly turned violent, the uprising caught the government there – and the world – by surprise.

The world’s largest landlocked country, known for its oil wealth and authoritarian politics, saw countrywide protests that skyrocketed in their size and ferocity, leaving at least 164 dead, more than 2,000 injured and approximately 10,000 (and rising) incarcerated.

Russian-led troops sent by the Collective Security Treaty Organization, a regional security organization, have temporarily restored order, but many people are left wondering what was it all about – and why did initially peaceful protests turn violent?

ASU News consulted Margaret Hanson, an assistant professor in Arizona State University's School of Politics and Global Studies and an affiliate of the Melikian Center for Russian, Eurasian and East European Studies, for answers.

Her research focuses on authoritarian politics and factors which stabilize or, conversely, undermine dictators’ control, with an emphasis on the former Soviet Union. She is currently putting the final touches on her book, "Managing the Predatory State: Corruption and Governance in Post-Soviet Kazakhstan," which examines the role of law, courts and corruption under the regime of former President Nursultan Nazarbayev, who ruled the country for nearly 30 years.

Here’s what Hanson had to say about this complex situation on the Russian border: 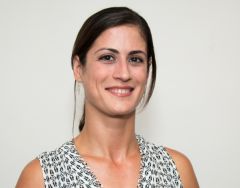 Question: The violence in Kazakhstan seemed to erupt out of nowhere. Can you tell us in a nutshell what happened and where it is now?

Answer: Protests in Kazakhstan began when the government ended subsidies of liquid natural gas (LNG) and instead allowed the market to set prices. This caused the price of LNG to skyrocket overnight, and because many Kazakhs use LNG to fuel their cars, this was akin to the price of gasoline in the U.S. doubling in a single day. The protests began in the western part of the country in a city called Zhanaozen, where, back in 2011, security forces had opened fire on striking oil workers, killing several. From there, protests spread rapidly to major cities throughout the country. Though initially protesters’ demands were focused on fuel prices and other economic issues, they quickly became political and persisted even after the regime rolled back the price hikes.

Kazakhstan is an authoritarian regime that severely limits freedom of speech and assembly, has increasingly cracked down on independent unions and other civil society organizations, and has never held an election deemed free and fair by international observers. Thus, people have very limited options for expressing their discontent or influencing the government. Protesters soon began calling for regime change, including elections of regional governors — who are appointed — and for President (Kassym-Jomart) Tokayev and former President Nursultan Nazarbayev, who retained a great deal of his former power and led the country’s Security Council, to step down.

A rallying cry for many protesters was “Old man, leave!” That phrase reflected their frustration with the extent to which former President Nazarbayev, his family and other members of the narrow ruling elite have accrued enormous wealth in the oil-rich country, while many ordinary people continue to struggle to survive on meager salaries. Indeed, although recent polls continued to report high levels of trust in the current and former presidents, my interviews and ethnographic research painted a different story: In the last several years, people privately described to me how they had become disenchanted with widespread corruption and the extreme wealth that top officials have accrued. These factors caused simmering discontent underneath a facade of stability; when pandemic-related restrictions and rising inflation were added to the mix, it brought things to a boil. The overnight jump in LNG prices was simply the last droplet needed for resentment to boil over and generate widespread, anti-regime collective action.

When protests spread to Almaty, the country’s largest city, however, they took a dramatic turn: widespread violence and looting ensued. Government forces lost control over the airport and key security facilities, and the presidential palace and regional administration there were torched. This shift happened suddenly, and preliminary reports suggest that it may have stemmed from internal conflict among elites and an attempted palace coup, rather than the grassroots mobilization that characterized the uprising initially; the arrest of the country’s internal security chief, Karim Massimov (a Nazarbayev loyalist), on charges of treason and reports that security forces suddenly vanished from the scene of protests adds to this speculation. However, because internet and other communications were shut down countrywide, it is difficult to parse out exactly what happened. What is clear, however, is that President Tokayev felt sufficiently threatened to call on the regional Collective Security Treaty Organization (CSTO) for military help, and Russian-led troops landed in the country a short time later. Despite no real evidence so far to support his claims, Tokayev claimed the violence was propagated by foreign forces and labeled protesters terrorists, giving the order to shoot to kill without warning. Security forces conducted massive door-to-door raids and “anti-terrorist” operations, and 8,000 to 10,000 people have been detained, some — including a famous Kyrgyz jazz pianist in the city for a concert — on fabricated or highly suspect grounds. With CSTO troops’ assistance, the regime regained control, though the country remains under a state of emergency.

Q: What are the underlying issues perhaps the general public doesn’t understand about this situation?

A: There are a few key things to understand in the events that continue to unfold. The first is that, contrary to how the situation is often discussed in international media, protests are neither new nor especially rare in Kazakhstan. Though the scale and violence of the protests were unexpected and unprecedented, protests have long occurred in the country, and they have increased dramatically over the past several years. Data from the Oxus Society and reported by RFERL show that protests in 2019 were more than six times higher than the year before, and doubled again the past year. Nor are nationwide protests unheard of. Despite swift action by authorities against even single picketers, most famously a young man holding a blank placard, there have been several instances where protests numbering in the hundreds or thousands have erupted. For example, protests erupted when former President Nursultan Nazarbayev’s hand-picked successor, Kassym-Jomart Tokayev, was elected, as well as after the death of five children in a house fire in the capital in 2019. In the latter case, outrage centered on the country’s pervasive corruption and lack of socioeconomic protections. These protests all point to fact that uprisings can and do occur despite a highly repressive political environment; as my own research has shown, the difficulty lies in assessing when they will gain widespread traction and participation.

The second important issue to grasp is Kazakhstan’s geopolitical importance. Despite frequent jokes about Borat and the fact that many Americans know little or nothing about the country — the world’s ninth-largest in land area — it is important for world affairs in several respects. First, it is a major producer of fossil fuels, with American companies like Chevron having invested heavily in oil and other commodities; it is also the world’s largest producer of uranium. Hence, political unrest, especially in the western regions where oil production is concentrated, has the potential to significantly impact world prices for those commodities. Labor tensions in this sector are unlikely to vanish absent major reforms and socioeconomic development, as oil-producing regions have seen limited socioeconomic benefit from the wealth they produce. Second, Kazakhstan had previously conducted a careful balancing act between Russia, China and the West, maintaining largely positive relations – and attracting significant foreign investment – from all three. At the same time, there have long been worries that Russia may make moves on its northern territories, a fear stoked by comments from some Russian officials; this was rumored to be part of the reason behind the transfer of the capital there. Thus, the presence of Russian troops on Kazakh soil is likely to stoke nationalist sentiment. It will also complicate an already fraught relationship between Russia and the West, send a chilling message to publics in the region and upset Kazakhstan’s careful geopolitical balancing act by increasing Tokayev’s dependence on the Kremlin. This could, in turn, unnerve China, which has made Kazakhstan an important piece of its Belt and Road Initiative. In short, we should not underestimate the importance of domestic events in Kazakhstan for world politics and the economy.

Finally, we should recognize that multiple groups were operating on the ground during the unrest, and key questions remain about who actually stoked the turn toward violence. Many citizens were peacefully expressing their economic, social and political grievances at a time when alternative avenues to address that discontent had increasingly narrowed. Consequently, some civil society activists have called for authorities and the international community to recognize that many protesters were not involved in violence, unraveling a banner reading, "We are not terrorists, we are ordinary people!" Certainly, there were thousands of citizens unhappy enough with the current regime to protest despite the almost guaranteed intervention of the country’s security forces and a high risk of arrest – a fact that should not be lost in the face of official rhetoric painting the unrest as solely due to "terrorists" and foreign provocateurs. If Tokayev fails to address the underlying causes of this discontent, we are likely to see further unrest, even more intense repression or both.

Q: Even though thousands have been injured and detained and hundreds killed, is this in any way considered a victory for the people who protested the large hikes in oil prices?

A: Perhaps, but I don’t think so, at least not in the medium to long term. Because there is no real mechanism for accountability other than further protests, which will be an even harder path to pursue going forward, there is no reason that the government cannot renege on the concessions it made once things have calmed down. At the same time, the cost to the people of Kazakhstan is likely to be high and include an intensified climate of repression and further erosion of civil liberties.

Q: The quelling of violence under a military operation headed up by Russian President Vladimir Putin seems to only bolster his strength and leadership. Will this possibly help his negotiation position when it comes to what he’s doing in the Ukraine?

A: Key questions remain regarding how this unfolding situation will influence internal politics in Kazakhstan – particularly if the violence can be more definitively traced to elite infighting – as well as for Russian domestic politics. After all, with its popularity dipping, the Kremlin is likely to view the unrest in Kazakhstan as a warning about what could happen within its own borders. Questions also remain regarding global politics: Will conflict on a second front complicate Putin’s plans for Ukraine, or will it strengthen his hand? Because the exact nature of those plans remain unclear and the situation in Kazakhstan is also dynamic, the ultimate impact of these protests remains uncertain.