ASU professor to feature in 2 episodes of Shark Week

An internationally recognized marine biologist, Sulikowski has spent more than 25 years researching aquatic life all over the globe. In this year’s edition of the phenomenally popular Discovery Channel series, which premieres this Sunday, July 11, he will be featured in two episodes: “Mothersharker” on Tuesday, July 13, and “Return to Shark Vortex” on Saturday, July 17.

“These episodes are going to be incredible,” said Sulikowski, who oversees the Sulikowski Shark and Fish Conservation Lab at the New College of Interdsiciplinary Arts and Sciences on ASU's West campus. “We are using novel research techniques that are a first for shark science. Basically, we are tracking a pregnant shark to see exactly where she gives birth. The images are eye candy and the story will resonate with the average person who has never thought of sharks as being moms.”

ASU News caught up with Sulikowski ahead of Shark Week’s premiere to learn more about his research — and put him on the spot about how Hollywood portrays his favorite marine animal.

Question: What can you share about the episodes you’ll be featured in?

Answer: “Return to Shark Vortex” is about cold-water species, and I’m looking at the porbeagle in particular. Of all sharks, the porbeagle can withstand the coldest temperatures. It’s called the phantom shark because it’s so hard to catch and we know very little about it. So in that episode, we’re trying to catch and track adult porbeagles to see where they go, what depths they swim to, all that kind of stuff. In “Mothersharker,” we’re using an underwater ultrasound on tiger sharks, which is something no one else is doing because it didn’t exist before. I had the idea and E.I. Medical Imaging developed the technology because there was a tremendous need for it so that we can do sustainable science by using noninvasive, nonlethal techniques. Once we know if they’re pregnant, we can tag them and see where they go. But that's only half the picture — we need to know where they give birth. This is where the Birth-Tag comes in. This small, egg-shaped, inert satellite tag is inserted into the female's uterus, alongside her gowing babies. She carries this tag until birth, when the tag pops out along with the babies and transmits a location. Thanks to Lotek Inc., our idea was made a reality and now we have the ability to solve this great mystery of where sharks give birth. 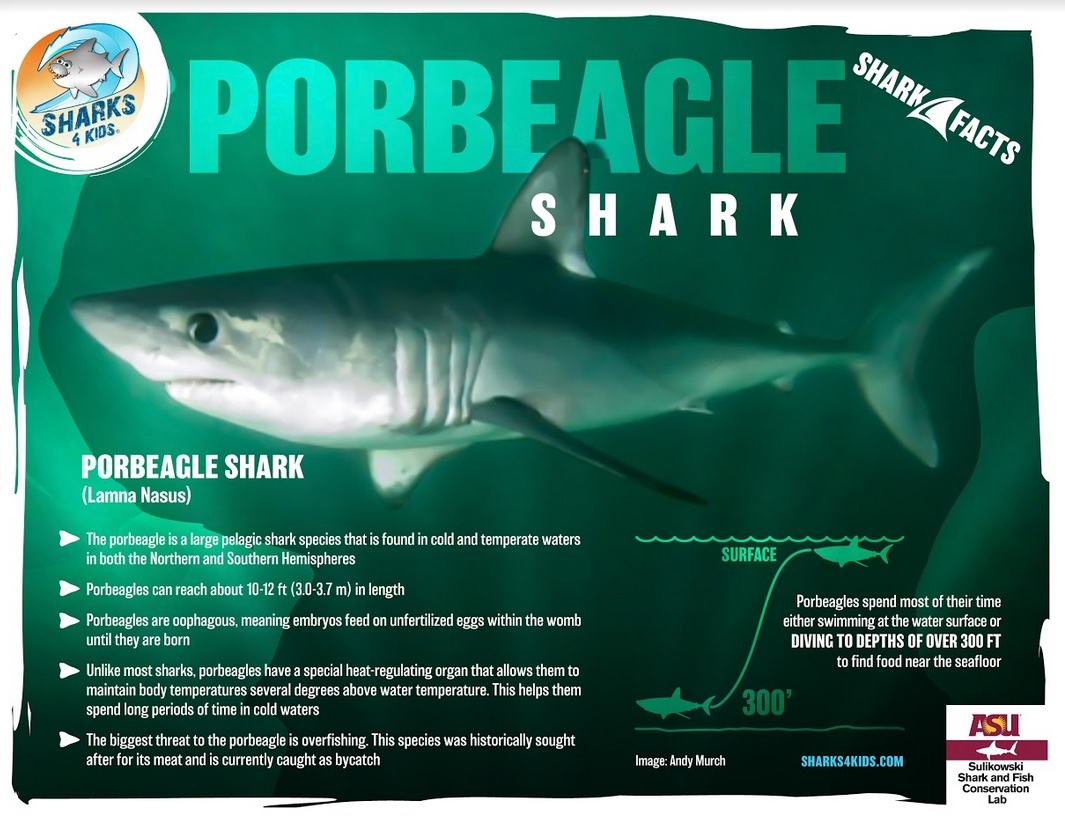 Image courtesy of the Sulikowski Shark and Fish Conservation Lab.

Q: Why is that an important mystery to solve?

A: Because of climate change, habitats are changing. If we can determine where sharks are giving birth, where their nursery grounds are, then we’ll know which areas to protect and we can study how climate change might affect those areas. We need to know that so that we can protect not only sharks and shark babies, but also so we can protect people who might be in those waters.

Q: Did anything surprising happen during filming?

A: Conducting this while diving with 11-foot sharks was really scary — but doing it at night was crazy! But that’s part of science; you need to push the envelope and get out of your comfort zone. However, I was in good hands as Jamin Martinelli, who is one of the best shark handlers out there, was taking care of me. That’s not to say I wasn’t constantly thinking I was going to lose a limb while trying to conduct the ultrasound! 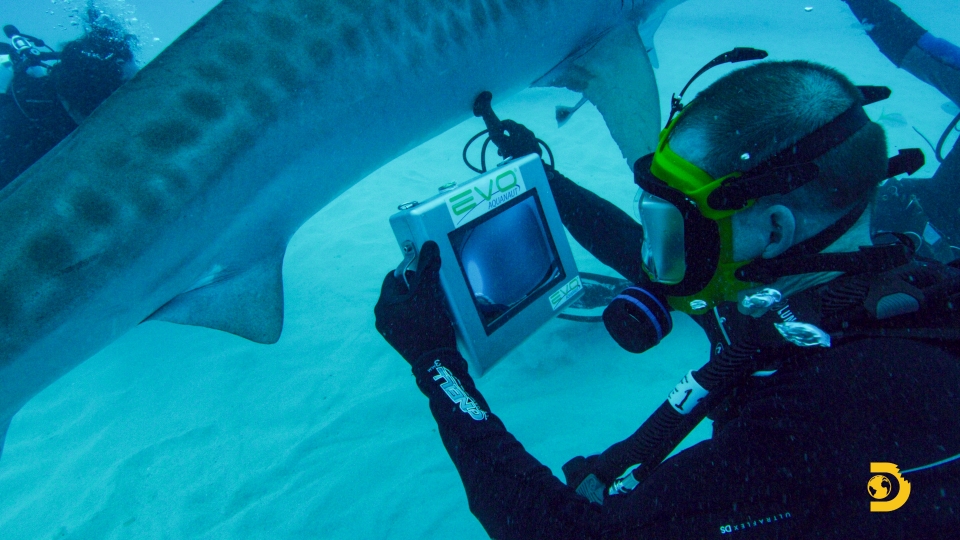 Sulikowski performs an ultrasound on a tiger shark.

Q: What other research do you have going on?

A: Having the Odysea Aquarium here in the desert is really important as they are really excited about research and conservation. We have been able to test a lot of our new technologies with their help. One of the things we’re really engaged in with my lab now is research in the Sea of Cortez. It’s right in our backyard, and we are working with Pelagios Kakunja, a nonprofit that works to study and protect sharks and mantas in Mexico. We’re really excited to be working with them, especially with new research on bull sharks and white sharks, which for a lot of individuals are super scary, but we still know so little about them. We also are really excited about our continued work in New England with the Atlantic Shark Institute and New England White Shark Research Consortium. We’ll also be working with Beneath the Waves, another nonprofit, on several projects as well, and our continued work with Dr. Neil Hammerschlag in the Bahamas will all certainly keep us busy!

Q: You’ve said before that sharks are misunderstood, which is sad because they’re a big part of the ecosystem. How so?

A: You can think of sharks as the ultimate ecosystem refresher. They eat dead, dying organisms. In a sense, sharks are kind of lazy. They’d rather go out for dinner than cook a six-course meal. So they pick on dead, weak, dying organisms, and by doing that, they keep the ecosystem clean. Without sharks, things would get out of balance and it would have a cascading effect. You take those apex predators out of the equation and everything sort of goes haywire. People are always terrified of being eaten by sharks. But there’s 7.5 billion people in the world and only about 130 shark bites a year. Bites, not attacks — an attack is premeditated. A shark is just swimming around and sometimes it sees something that resembles food, so it takes a bite. But 90% of the time, they realize it’s a human, which is not something they want, and they leave it alone.

Q: Are you a fan of movies like “Jaws” and “The Meg,” or do you wish Hollywood was more accurate in their depictions of sharks?

A: “Jaws” definitely sent the wrong message, no doubt about it. The worst was “Jaws 4: The Revenge.” The captain was like, “This time it’s personal!” Come on, like a shark is tracking down a person to get even? “Jaws” was filmed at a time when we knew nothing about sharks, though, so it preyed upon our biggest fear: the unknown. And then some, like "Sharknado," where there are sharks flying around in the sky, are so far-fetched they’re just comical. So it’s good to remember to keep things in perspective.