The Emirates Mars Mission, the first interplanetary exploration undertaken by an Arab nation, is scheduled to reach Mars’ orbit on Feb. 9, 2021, at 8:41 a.m. MST (10:41 a.m. EST). It will spend one Martian year (about two Earth years) orbiting the red planet gathering crucial science data. A broadcast of the Mars Orbit Insertion event will be available on the Emirates Mars Mission website beginning at 7 a.m. MST (9 a.m. EST).

The mission is being carried out by the Mohammed bin Rashid Space Centre (MBRSC) in the United Arab Emirates (UAE) in collaboration with a number of research institutions including Arizona State University, Northern Arizona University and the University of Colorado Boulder.

“The launch of Mars Hope comes at the end of a six-year journey of development by the team at the Mohammed bin Rashid Space Centre working together with our knowledge partners, an accelerated time frame by interplanetary mission standards. The mission has truly transformed The Emirates’ capability in space systems engineering, science and research and had enormous positive impacts on our science community in general,” said Omran Sharaf, EMM mission lead.

The orbiter, named "Hope" (Al Amal in Arabic), carries three science instruments including the Emirates Mars Infrared Spectrometer (EMIRS), an interferometric thermal infrared spectrometer developed by Philip Christensen of ASU’s School of Earth and Space Exploration with Christopher Edwards of Northern Arizona University’s (NAU) Department of Astronomy and Planetary Science, in a partnership with the MBRSC.

“Working with the UAE scientists and engineers on their first planetary space mission has been a remarkable new experience for us,” said Christensen, an ASU Regents Professor and planetary scientist. “They have brought a great deal of excitement and enthusiasm to the project and have been a real pleasure to work with. The EMIRS instrument will provide a completely new view of the Mars atmosphere and we are all looking forward to new discoveries and a better understanding of the climate of Mars that Hope will give us.”

EMIRS will provide a unique view of the lower and middle atmosphere of the planet, measuring the distribution of dust particles and ice clouds while tracking the movement of water vapor and heat through the atmosphere. 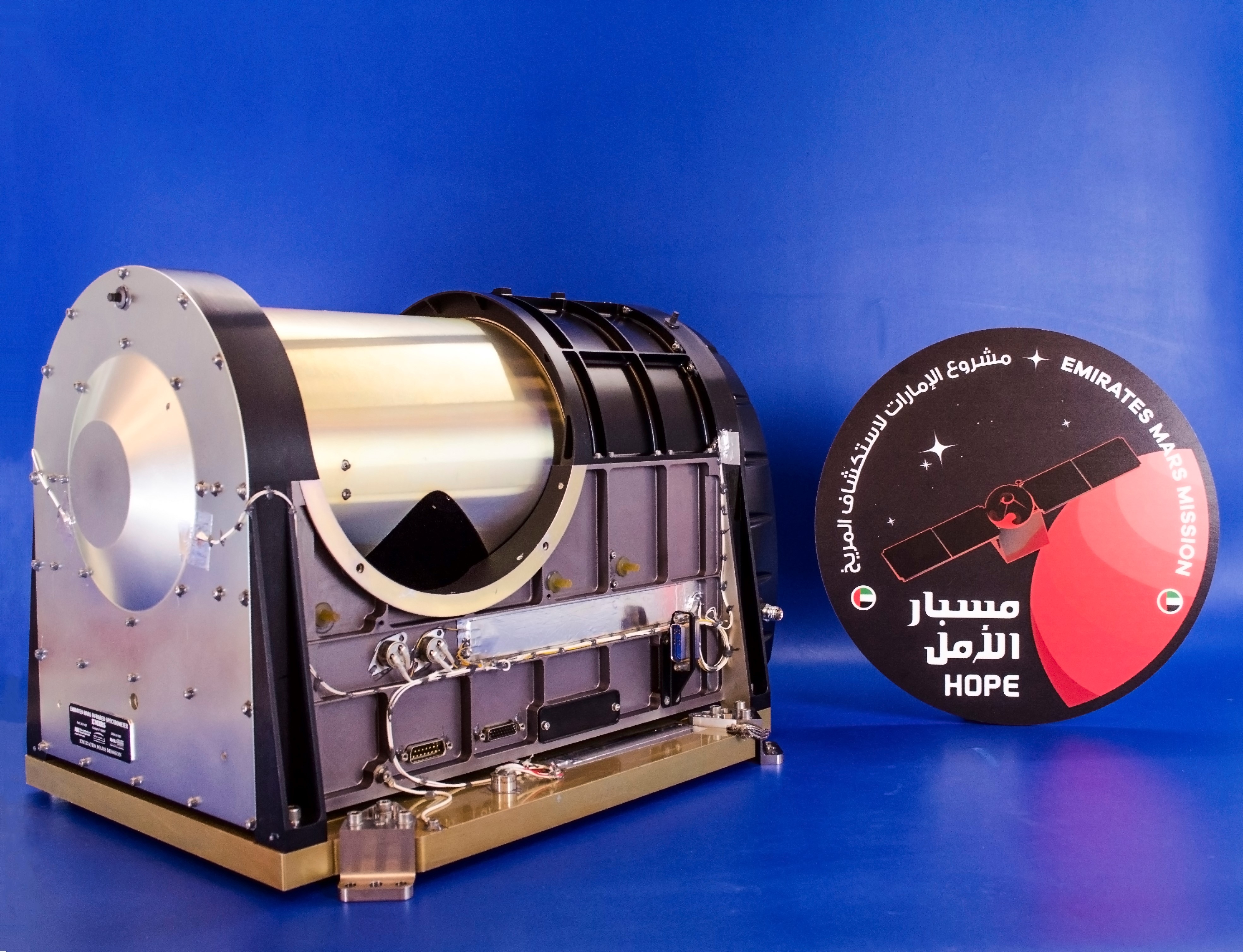 “After traveling millions of miles from Earth to Mars over the past seven months, the Emirates Mars Mission is about to embark on the next chapter of its mission and its ultimate purpose,” said Edwards, who is an assistant professor and planetary scientist at NAU. “I’m happy to say after verifying the instrument’s performance during the cruise to Mars, EMIRS is ready to make the measurements the team has worked towards for the past five years.”

During the Mars Orbit Insertion phase, the ground and space operations of the mission will be kept to a minimum while the team focuses on safely entering a capture orbit at Mars. Nearly half of the fuel is spent to slow the Hope Probe down enough to capture Mars’ orbit. The fuel burn (firing the “Delta V” or “Delta Velocity” thrusters) will last approximately 27 minutes and reduces the speed of the spacecraft from over 75,000 miles per hour (121,000 km/h) to approximately 11,000 miles per hour.

Since the Mars Orbit Insertion phase is as critical as the launch phase, the spacecraft will need to be commissioned again and the instruments onboard tested before entering the transition to science phase.

The scientific goal of the mission is to provide an unprecedented global view of the Martian atmosphere. Such a perspective is necessary to understand the connections within and between the upper and lower atmospheres and how those connections help to drive atmospheric escape. This escape has helped to shape Mars’ evolution from a warm, episodically wet world in the ancient past to the cold, dry planet we see today. Unique to Hope is its orbit, which enables near-complete daily and geographic coverage, providing a weather-satellite style view of all layers of the Martian atmosphere from the surface on up to space.

This mission will give scientists greater insight into how our own planet may have evolved, as well as enable greatly improved weather forecasting to help support the future human missions to Mars. Importantly, Hope addresses several key goals of the Mars Exploration Program Analysis Group (representing the consensus of the international Mars community) in regard to both science and human exploration.

In addition to EMIRS, the orbiter includes a multi-band camera called the Emirates eXploration Imager (EXI) and a far-ultraviolet imaging spectrograph called the Emirates Mars Ultraviolet Spectrometer (EMUS). The EXI camera is capable of taking high resolution images and will measure properties of water, ice, dust, aerosols and ozone in Mars’ atmosphere. The EMUS spectrometer will measure global characteristics and variability in the thermosphere and hydrogen and oxygen coronae. Both were developed at the Laboratory for Atmospheric and Space Physics (LASP) at University of Colorado, Boulder.

The spacecraft, which is about the size of a small car, was constructed at LASP by a joint MBRSC/LASP team led by Sharaf from MBRSC and deputy program manager and science lead investigator Her Excellency Sarah Al Amiri. The overall team working on the mission comprises some 200 staff from MBRSC, 150 from LASP and 100 from other partners, as well as an international science team.

The mission’s name, Hope, was chosen to send a message of optimism to millions of young Arabs, according to Sheikh Mohammed bin Rashid Al Maktoum, the ruler of the Emirate of Dubai for whom MBRSC is named. The resulting mission data aims to make major advances in our understanding of the Martian climate system and will be shared freely online with more than 200 institutions worldwide.

Get updates and watch live coverage of the Mars Orbit Insertion event.

About the Emirates Mars Mission

EMM and the Hope probe are the culmination of a knowledge transfer and development effort started in 2006, which has seen Emirati engineers working with partners around the world to develop the UAE’s spacecraft design, engineering and manufacturing capabilities. Hope aims to build the first full picture of Mars’ climate throughout the Martian year.