Cecilia Muñoz may be small, but she’s got sharp elbows.

At an Arizona State University-hosted event about her book, “More Than Ready: Be Strong and Be You ... and Other Lessons for Women of Color on the Rise,” the self-proclaimed “public policy nerd” who spent eight years on former President Barack Obama’s senior staff recalled a moment early on in her career when she learned the importance of taking up space.

Following a congressional hearing at which the diminutive, soft-spoken Latina found herself physically boxed out of a discussion by a group of mostly older white men, she complained to her boss, who told her, “Next time, stick them in the ribs and say, ‘Let me in here.’”

“I did do it, and I only had to do it once,” Muñoz said. Today, she thinks of the advice more metaphorically. 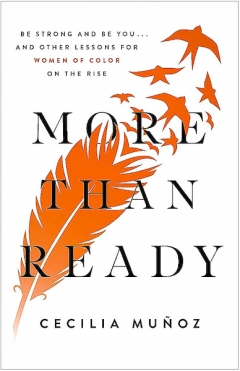 “We have to find ways to take up space in the room, even if we don’t physically take up space. … Over time, I learned to compensate for (my smaller stature) by being prepared, being eloquent, having capture of my information. ... The elbow I use now is being authoritative, being an expert on something, making sure I know my stuff, making sure I’m ready. That is the way I try to fill a room.”

Co-sponsored by ASU’s School of Politics and Global Studies, Center on the Future of War and Center for Latina/os and American Politics Research, the discussion began with a brief talk from Muñoz, whose career includes nearly three decades of experience in the nonprofit sector, several years as head of the National Council of La Raza, the country’s largest Latino nonprofit advocacy organization, and roles as director of both the White House Office of Intergovernmental Affairs and the Domestic Policy Council.

Despite her book’s warm reception — her contemporaries have described it as “poignant,” “uplifting” and “inspiring” — Muñoz shared that she never intended to write one.

“When I left the White House, I kind of kept my head down and found good work for the world that I’m honored to be doing at New America. And I kind of left it at that,” she said.

In 2017, Muñoz joined New America, a Washington, D.C.-based think tank, as vice president, leading local initiatives and building a team on public interest technology. After taking a brief leave to lead the domestic and economic policy team for the Biden/Harris transition, she returned to New America as a senior adviser in early 2021.

The women in her life, however, had other ideas.

“(They) didn’t let me off the hook,” Muñoz said. “They challenged me to think about what I had to say. … The minute I gave myself permission to believe I had something to say, I knew what was going to be in all 10 chapters of the book. … (Frequently, for women and for people of color) some of the barriers we create are our own. So part of the reason I wrote the book, a very great part of the reason I wrote the book, was to share my struggles with that in the hopes that it will help others with whatever they’re struggling with.”

Three points rose to the top of Muñoz’s mind as she began thinking about the trajectory of her career and what she had learned along the way that might be helpful to others, who, like she had been, are often the first or the only one like themselves in the room.

The first was self-doubt and strategies for dealing with it.

“I interviewed seven other women of color in preparing the book, and I was really taken by discovering that the women that I spoke to all had common experiences with doubt,” Muñoz said. Her own experience involved the resignation of the chief of staff in response to her promotion from director of Intergovernmental Affairs to director of the Domestic Policy Council under the Obama administration.

“Afterward, he talked to a couple journalists, and he told them that my being promoted was the last straw (that) led him to leave the White House,” Muñoz said. “I don’t know exactly what he said, but those journalists wrote books, and he definitely gave them the impression that he saw me as an affirmative-action hire — somebody who’s maybe not qualified for the job that I’d been promoted to. And as you might imagine, that was a distressing thing to know was kind of out there in the public sphere, and I let it affect my confidence. It probably took me a couple years to sort of work my way through the blow to my confidence that that struck.” 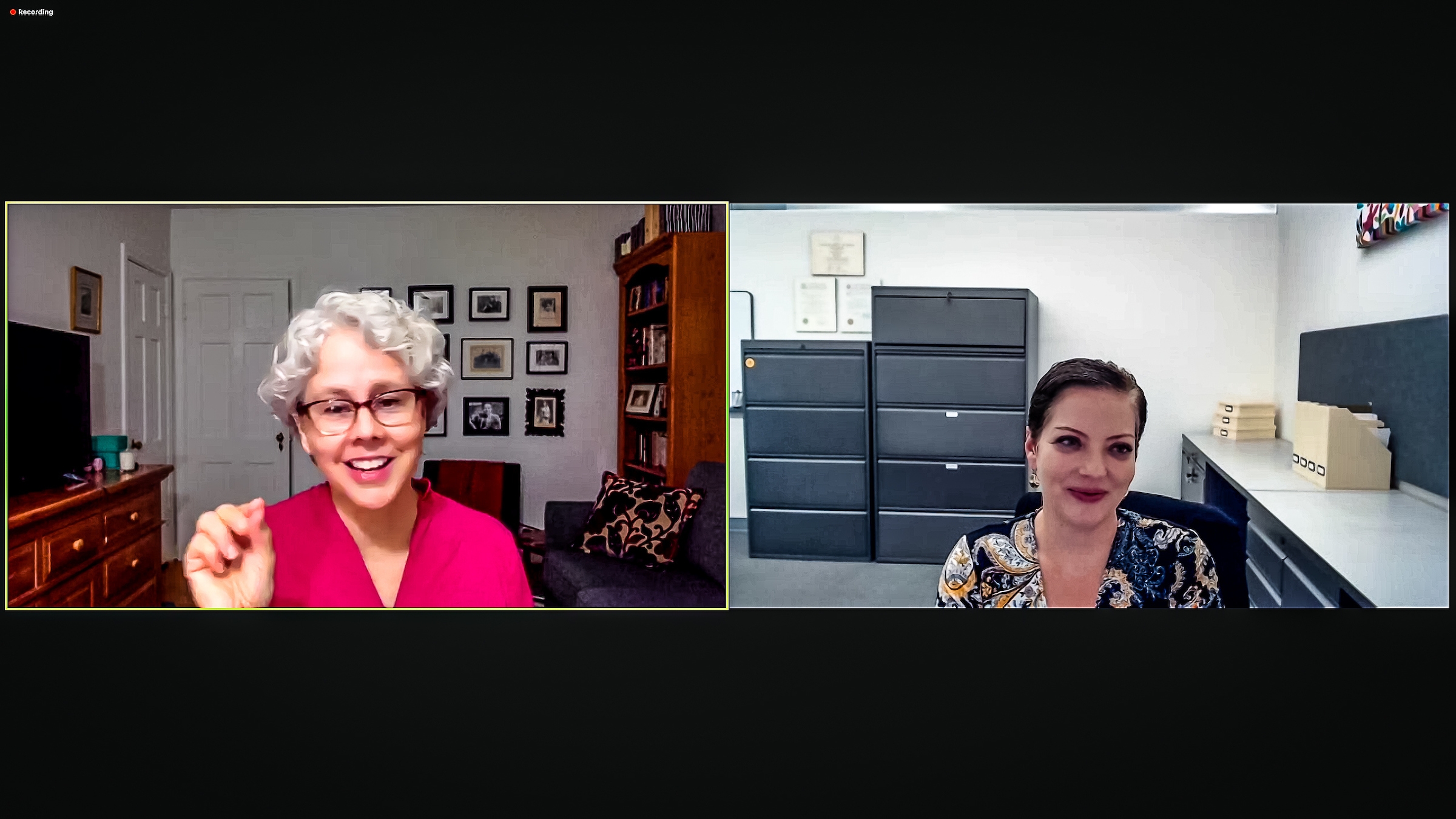 Former top Obama adviser and author Cecilia Muñoz (left) discusses her recent book, “More Than Ready: Be Strong and Be You … and Other Lessons for Women of Color on the Rise,” with ASU Professor Magda Hinojosa. Screenshot by Charlie Leight/ASU News

During that time, Muñoz discovered some strategies that helped rebuild her confidence, including doing her homework, and even overpreparing, relentlessly asking for feedback and daring to be disliked.

The second point Muñoz stresses in her book is the importance of having a “north star.”

“When you work in public service, you get attacked. It comes with the job. I knew when I accepted the job to work with President Obama that that would happen. It was OK with me as long as I was going to stay focused on work that I thought was going to be impactful for people,” Muñoz said, adding, “You can focus on the people who are attacking you … or you can stay focused on the thing that you’re trying to do that they may be attacking you for.”

The final point Muñoz drives home in her book is to carry yourself with kindness.

“Kindness is entirely underrated as a leadership quality. … People mistake kindness for weakness, and they’re wrong about that,” she said, later quoting workplace expert Lynn Taylor that “it’s the office diplomats with strong emotional intelligence who are the most likely to be strong, effective leaders.”

After her talk, Muñoz had time to answer several questions from the audience, which were moderated by Magda Hinojosa, recently named director of ASU’s School of Politics and Global Studies.

“I am not effusive about things I’m not excited about, and I am very excited about this book. As someone who has recently stepped into an important leadership position, I have to say that the lessons that you describe here just really ring true in so many ways. And especially as a Mexican American woman who has oftentimes been the only one like me in the room,” Hinojosa said.

One question was about a concept Muñoz discusses in her book about being a “madrina,” which literally translates to “godmother.” As the most senior Latina in Obama’s administration, it was a role Muñoz took on herself.

“If you’re part of a minority group … in a place, two things can happen,” Muñoz said. “One is you can develop a really supportive culture, which we did. ... And the other is you can make the calculation that only some folks are going to rise to the top, and I’m going to be one of them. And then the thing happens where people are kind of pushing each other down or angling for primacy or competing with each other. I’ve been in environments where that happens, too. And the key to forming the kind of environment where people are supporting and nurturing each other, which is what we had, is deciding to be one of those people and modeling that behavior and creating a culture for the people around you (in which you are willing to) take responsibly for lifting (them) up.”

Muñoz’s modeling of that behavior is evidenced not only by her personal and professional track record, but by some words of wisdom she shared specifically for the Latinas in the audience when it came to dealing with imposter syndrome. Even though she experienced it herself during her time at the White House, Muñoz said she found comfort in the fact that even if she was unsure whether she belonged, there were others (including the president himself) who believed she did — which ultimately helped her realize her own unique power.

“I didn’t give myself enough credit,” Muñoz said. “Because there’s stuff that I know that they don’t know. (Latinos are) the largest minority in the country, they need to know what I know in order to be successful. … Part of the reason I wrote the book is to help other people sort of recognize, wait a minute, if I’m bringing diversity into the room, by virtue of my gender or by virtue of whatever it is … that is really essential to the group that you’re a part of being successful. … So if you’re bringing diversity to a group, you are both arguably more likely to experience imposter syndrome, but also, you are more likely to be of great value because you are sitting in that room.”

A recording of the entire event is available to view on Youtube.