Generation Z have been told throughout their high school and collegiate careers that their technology use would distract them in the workplace. However, when they got there, they discovered all their co-workers were just as distracted.

As it turns out, many in the workforce — regardless of age — are on their smartphones too often, ignore their colleagues in favor of technology and don’t have a good grasp on work-life balance.

Those were some of the big findings in “Generation Z Workplace Communication Habits and Expectations,” a new research article written by two Arizona State University community members. 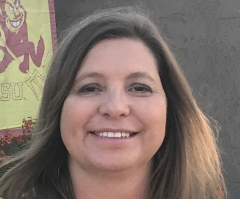 Dawn Janssen, a communication manager in the Center for Accelerating Operational Efficiency and Stephen Carradini, an assistant professor of technical communication in the College of Integrative Sciences and Arts, wrote the paper in hopes that their findings could help employees resist negative stereotypes of young workers’ technology and communication habits. It will be published in the June issue of IEEE Transactions on Professional Communication.

ASU News spoke to Janssen and Carradini about their findings and how employers can develop new policies to reflect current and future-looking workplace technology changes.

Question: Why did you want to research the professional activities of Generation Z?

Stephen Carradini: The arrival of Generation Z in workplaces has been anticipated in the literature for a long time. Members of Gen Z grew up in a world of broadband internet, smartphones and ubiquitous access to technologies. This intimate acquaintance with technology is very different from the world the Baby Boomers grew up in, and even different from the world the Millennials grew up in. The literature often takes a pessimistic stance toward the professional readiness and technological awareness that members of Gen Z have; many researchers and writers have suggested that members of Gen Z will have a difficult time adapting to a workplace that often — still! — doesn’t fit the “ubiquitous technology” experience that people in Gen Z grew up with.

Yet many of these speculations about professional fit took place before many members of Gen Z made it to the workforce. With the oldest Gen Z members reaching their early-to-mid-20s, it made sense to get some early feedback from Gen Z members in the workplace and see if literature speculations held true. Dawn and I both have an interest in professional communication via technology, so the topic was a good fit, in addition to being the right time to do the research.

Q: How do you see Generation Z’s communication methods changing once they get into the workplace?

Dawn Janssen: Members of Generation Z enter the workforce with many preconceived ideas about how technology, particularly smartphones, will be used in the workplace. Both in the previous research we reviewed and in this study, we found that using a mobile device in the classroom is mostly discouraged. When the respondents of this study entered the workforce, they were generally surprised by the amount of time and the situations in which they saw their co-workers and managers using their phones. They also expressed frustration at what they viewed as unprofessional technology usage. They had a higher standard for professionality than really exists! Their standards of professionality and their communication habits had to change in response to their workplace’s standards and expectations for communication.

One interesting finding: Respondents felt a need to self-regulate so that they could focus on work. While their employers did not prohibit personal device usage, many of the respondents reported making a conscious choice not to use their personal phone when they wanted to limit distractions and focus on work. So, while we might have expected that Gen Z would have problems regulating their usage, we actually found just the opposite: that the participants were self-regulating their technology usage.

Q: What were some other ways you saw them adapting to business communication?

Carradini: Not a single respondent reported that they use email as a primary means of communication in their personal lives, but a vast majority of respondents reported using it as the main means of communication in their workplace. Respondents noted that they preferred texting their colleagues instead of email, but that they were resigned to needing email to communicate at work. This shows that they are willing to participate in professional communication norms that differ from their personal communication. This finding pushes back on the concerns that Gen Z members wouldn’t be able to fit into the workplace easily due to technological struggles or even character concerns.

Like Dawn said, some Gen Z respondents suggested that they were aware of their use of technology and took efforts to reduce their usage. Survey and interview respondents reported deleting apps from their phones, reducing the amount of time on their phones, or taking breaks from technology. This awareness of their use of technology is a way that they are connecting their professional habits and their personal lives in a productive way: They are adapting to the potential of always-on work that technology enables by self-reflectively addressing technology use that may affect them negatively. But they reported that it is still a struggle to consistently address those potentially negative habits.

Q: Do you see Generation Z struggling with technology in other areas?

Janssen: One big concern for the Gen Z participants is the overlapping of work and personal boundaries. They were worried about the expectation of having to be available professionally 24/7. Some of the participants stated that they felt like they could never fully leave work, while a smaller number enjoyed the blending because it allowed the ability to work remotely.

Another related issue was anxiety over missing out on (things). While almost all respondents understood that there are times when mobile technology usage is not allowed or appropriate, there was still a fear of missing out — FOMO. Participants gave examples of checking their phones at inappropriate times, feeling a little guilty about it, and then doing it anyway.

This study was completed right before COVID-19, so it will be interesting to see how the pandemic impacted this struggle with work/life balance as well. 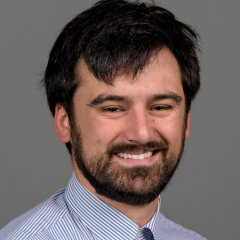 Q: What do you see from your research regarding future outcomes?

However, we would expect that certain types of change later in Generation Z workers’ careers. Generation Z respondents struggle with excessive technology use, work-life balance and technology use at inappropriate times in the workplace. Yet many respondents noted that they were aware of these problems and wanted to change or improve these areas in their own lives. As they move up to become frontline managers and beyond, these impulses to develop healthy rhythms of technological use may have positive outcomes in workplaces. Gen Z respondents felt that the culture of technology in their workplaces allowed, if not promoted, use of technology at inappropriate times; to the extent that Gen Z will be influencing corporate culture in the future, as each generation does, we would expect that they would be managers who are aware of these concerns.

Q: What should current managers know when they start working with Generation Z?

Janssen: It is important for current managers to set expectations. Generation Z has always had smart technology available, so they don’t know what life was like before smart technology. We found that many do not differentiate between online communication and offline communication, which is very different than previous generations. Even the Millennials perceived a distinct difference between online communications and “real life.” Members of Generation Z are unsure of the expectations on how to use technology professionally and yet are very adaptable, so they need managers to set expectations. For example, they are used to being responsive immediately in their personal lives via text, Snapchat and messaging apps, and do have some anxiety on missing out. Managers should make clear what the expectations are around work-related communications, such as instant messaging and email, so that members of Generation Z don’t feel they need to respond immediately at all times.