Ants are renowned in the insect world for their complex social structure and behaviors. Workers and foragers support the queen, faithfully carrying out their social roles for the overall health of the colony. This complex “superorganism” — as scientists have dubbed it — has become a prime model to explore the genetic and behavioral roots of social organisms.

Remarkably, there are also rare instances of ants not playing well with others and shrugging off their societal duties to become freeloading parasites among their free-living relatives.

Together, they have obtained and analyzed the full DNA genome sequences of three social parasite leaf-cutting ant species (called Acromyrmex inquilines) to better understand the differences between them and their respective host species.

It’s the first time several species of socially parasitic ants could have their genomes sequenced.

“Our findings advance our understanding of the genomic consequences of transitioning to a novel, highly specialized life history and provide detailed insights into the molecular evolution of social parasitism in ants,” said Christian Rabeling, an associate professor in ASU’s School of Life Sciences and a corresponding author of the study.

From social to social parasite

The unusual social parasite transition is important to understand because the genomes of ants have evolved for more than 100 million years. A single major transition occurred to introduce the novel “superorganism” level of social organizational structure with queen-worker caste segregation and unconditional altruism. This superorganism was so successful, it produced a biodiversity of 17 subfamilies, 338 genera and more than 13,900 living species.

“It is therefore no surprise that parallel shifts to a highly specialized, socially parasitic behavior and lifestyle abandoning this fundamental ancestral condition, usually based on outbreeding and larger effective populations, leave significant genomic footprints,” Rabeling said. “The results of our analyses of just three of these species confirm that ant social parasites offer important study systems for identifying hallmarks of cooperative social colony life." 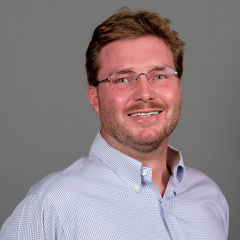 And in doing so, their analyses have confirmed that over a time span of about a million and a half years, these ant species have each found independent, separate ways to evolve and become social parasites. The signatures of genome-wide and trait-specific genetic erosion were found to be most extreme in social parasite ants.

Think of how it would start. A group of queen ants wants to just live in a colony without doing the work. They choose to not work on the nest anymore. Next, the queen ants focus on solely producing new queens and males, and this small population size of social parasites would start frequent inbreeding to survive. This immediately reduces their genomic diversity over time. Then, over a blink in evolutionary time, due to natural selection and an increase in the prevalence of genetic drift, it would enhance the rates by which ancestral traits were lost while also slowing down the rates by which new, more adaptive traits could emerge.

It’s almost like a "snooze and lose it" phenomena occurred within the parasitic ant DNA to trigger the genome erosion.

To prove this effect within the ant genome, the research team investigated the overall genomic structure and the individual genes that may be affected by this genomic decay. First, they found widespread evidence of genomic rearrangements and inversions that are hallmarks of instability and decay. Then, within gene networks, they identified 233 genes that showed evidence of relaxed selection in at least one of the social parasite branches and signatures of intensified selection in 102 genes.

The genome losses and reductions most affected were in the social parasite ants’ sense of smell and, to a lesser degree, taste.

Not only did some of the genes responsible for ant smell become lost over time, but as a result, the ants also showed a reduced size in the olfactory lobes in their brains when microCT scans were performed.

“This is no surprise because ants predominantly communicate via chemical cues and have once been described as chemical factories,” Rabeling said. “So, the loss of olfactory genes is correlated with an extreme transition of extensive morphological and behavioral changes.”

This includes the reduction or complete loss of the worker caste system; simplified mouthparts, antennae and integuments; loss of certain hormonal glands; and a nervous system of reduced complexity likely associated with a drastically narrowed behavioral repertoire.

From their comparative analysis, the researchers could also put these changes into the larger perspective of evolutionary time. They were also able to date the origins of social parasitism within the leaf-cutting ant family tree.

Two independent origins of social parasitism occurred in the ant genus Acromyrmex. Within this genus, A. heyeri, a social ant, is the host species of both A. charruanus and P. argentina parasitic species.

First, a South American lineage of social ants (A. heyeri) separated from the last common (thought to be socially parasitic) ancestor of A. charruanus and P. argentina before the two social parasites diverged. Second, a Central American speciation event occurred when A. insinuator diverged from its host A. echinatior. 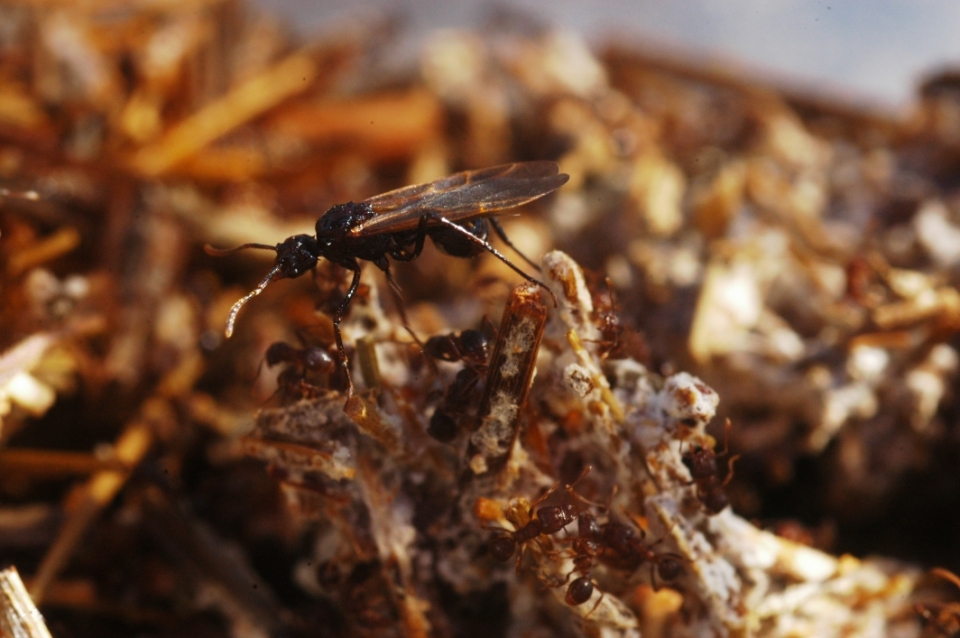 Why did it take so long to do the genome analysis? It turns out that the easiest part of the study may have been the comparative genome analysis itself. Finding the ants in the first place proved to be the greatest major hurdle. Populations of ant social parasites are almost invariably small and patchily distributed.

Well, the last time that one of the species, P. argentina, was seen in the wild was 1924, a time well before the discovery of DNA as the hereditary chemical unit of life.

Rabeling remembers prior trips to South America that were in vain because they could not find P. argentina. Then, about a decade ago, a phone call from colleague and study co-author Martin Bollazzi changed his life.

Rabeling hopped on a plane as fast as he could. When he saw P. argentina up close, it was a moment of discovery he’ll never forget.

“Leticia’s rediscovery of P. argentina was the find of a lifetime. What I especially love is to connect the ant field work and natural history observations with the new technologies like whole genome sequencing, and to have the opportunity to do so was such a joy.”

Now, they could make their research dreams a reality by collecting P. argentina and putting their field work-based hypotheses to the test by doing the first modern whole genome sequencing of social parasitic ants.

Their results are not only important to understanding ants, but offer insights into the role of these genomic "loss-of-function" study systems in other parasites and for identifying hallmarks of cooperative social colony life at both the phenotypic and the genomic levels.

Rabeling also points to other species, such as the Mexican blind cave-dwelling fish or other parasites such as tapeworms, as examples of organisms that lost important traits over time. In each case, they have developed and exploited novel ecological niches.

From these first three social parasite ant species, they have learned a lot. Next, they plan on future genomics studies of these ant social parasites to generate exciting further insights, particularly with long-read sequencing technologies allowing analyses in even greater detail.

But Rabeling and his colleagues are now involved in another race against time — as every year, more and more natural ant habitats are lost to deforestation and development. Now, our understanding of ant evolution depends on people to cooperate to save biodiversity — while we still can.

“We hope such future studies can expand our knowledge on the signatures of the evolution of social behavior in ants, for which few other model systems can offer such species-level sample sizes of several dozens.”