Mars Express, a spacecraft launched by the European Space Agency in 2003, is the second longest surviving continually active spacecraft in orbit around a planet other than Earth, behind only NASA's still active 2001 Mars Odyssey. As this spacecraft orbits Mars, it continues to provide important data on the Red Planet’s interior, subsurface, surface and atmosphere, and environment.

Onboard this spacecraft is an instrument called the Mars Advanced Radar for Subsurface and Ionosphere Sounding, or MARSIS for short. This instrument uses a radar sounder to assess the composition of the subsurface of Mars.

But a team of scientists, led by Carver Bierson of Arizona State University's School of Earth and Space Exploration and using data from this same instrument, has determined that Mars’ south polar ice sheet may be made of clays, metal-bearing minerals or saline ice. Their findings have been recently published in AGU’s Geophysical Research Letters.

“Our team wanted to step back and ask if there were other materials besides liquid water that could cause these bright reflections,” said Bierson, the lead author and a planetary scientist.

A radar reflection can be bright due to a large contrast in either dielectric permittivity (how a material responds to an electric field) or electric conductivity (the amount of electrical current a material can carry). While previous studies only considered contrasts in dielectric permittivity, Bierson and his team found that contrasts in electric conductivity between materials could also explain the brightness of the reflection. 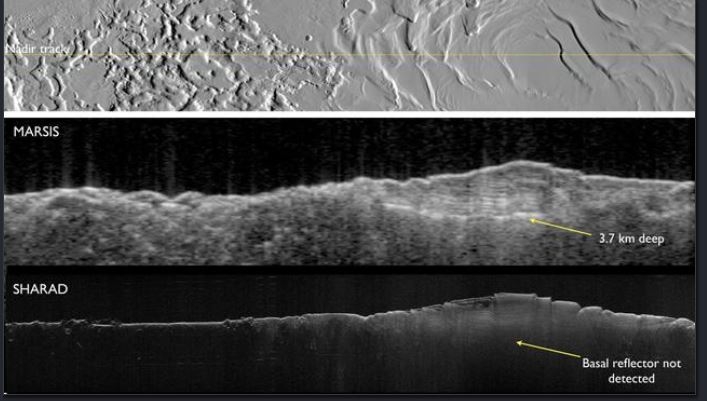 Using Earth as an example, under the large ice sheets of Greenland and Antarctica, many materials have high electric conductivity, including very salty water (brines), salty ice deposits and clays.

“We wanted to check if this same wide range of materials might be able to explain the bright radar reflection under Mars' south polar cap,” Bierson said.

Together, they were able to determine what level of electric conductivity the material below the ice would need to have to match the observed signal from MARSIS. Then, they identified materials that are both conductive and present on Mars including clays, metal-bearing minerals and saline ice.

“Salty ice or conductive minerals at the base of the ice sheet are less flashy, but are more in line with the extremely cold temperatures at Mars' poles,” Bierson said.

While not explicitly excluding a liquid brine, the results open new potential explanations for the observed strong radar reflections, some of which do not require liquid brine beneath the Martian south polar ice cap.

“Our results are a reminder that there is often more than one way to explain an observation,” Bierson said. 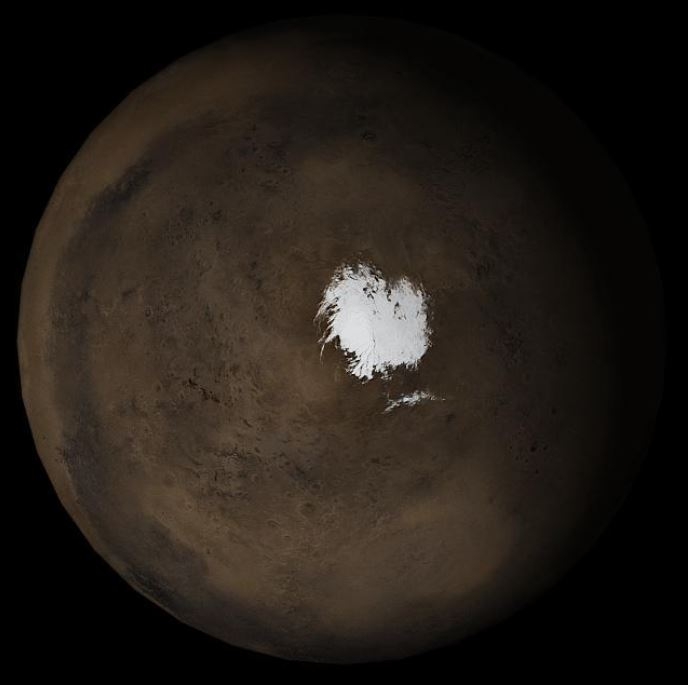