This fall, Arizona State University will welcome renowned writers Mitchell S. Jackson and Safiya Sinclair to The College of Liberal Arts and Science’s Department of English.

“Mitchell and Safiya are gifted, award-winning writers and thinkers who will bring the humanities at ASU to new heights. They are engaged with some of the most important issues of our day and are building a future full of challenge, creativity and hope — the future we need,” said Jeffrey Cohen, dean of humanities in The College. “I am eager to welcome them to The College and look forward to working with them in the years ahead.”

The hiring initiative was led by Natalie Diaz, director of the Center for Imagination in the Borderlands, associate professor in the Department of English and the Maxine and Jonathan Marshall Chair in Modern and Contemporary Poetry. In addition, the hiring is part of a concerted effort to elevate scholars of color by the university.

Meet Jackson and Sinclair, who will join the Department of English on Aug. 16 as John O. Whiteman Dean’s Distinguished Professor and associate professor, respectively: 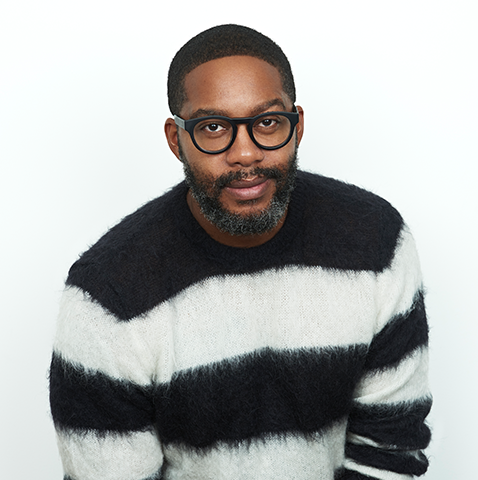 Jackson joins ASU from the University of Chicago, where he served as an assistant professor of creative writing. He is the first Black columnist in the history of Esquire, where he covers topics of race and culture.

Jackson’s debut novel “The Residue Years” received widespread critical acclaim and was recognized with a Whiting Award and the Ernest J. Gaines Prize for Literary Excellence. The novel was also a finalist for the Center for Fiction Flaherty-Dunnan First Novel Prize, the PEN/Hemingway Award for Debut Fiction and the Hurston/Wright Legacy Award.

His nonfiction book, “Survival Math: Notes on an All-American Family,” was named a best book of 2019 by 15 publications, including NPR, Time, The Paris Review, The Root and Kirkus Reviews. He is currently working on his next novel, “John of Watts,” inspired by the story of Eldridge Broussard, a youth preacher and former basketball player who started the Ecclesia Athletic Association.

His work has also been recognized with a number of prestigious fellowships, grants and awards from the John Simon Guggenheim Foundation, Creative Capital, the Cullman Center of the New York Public Library, the Lannan Foundation, the Ford Foundation, PEN America, TED, the New York Foundation for the Arts, and the Center for Fiction. A formerly incarcerated person who began writing while in prison, Jackson is also a social justice advocate who engages in outreach at prisons and youth facilities in the United States and abroad.

Jackson said he was drawn to ASU by the prospect of working with world-class writers that he admires, including fellow Pulitzer Prize winner Diaz, Solmaz Sharif, Alberto Ríos, Tara Ison and Matt Bell.

“I am very much looking forward to working with the talented writers in both the MFA and the undergraduate creative writing program, as well as to engaging with ASU's intellectual community at large. Also, as someone who was educated in public schools and attended community college, I feel aligned with ASU's anti-elitist ethos, with its commitment to measuring itself ‘not by whom it excludes, but by whom it includes and how they succeed.’ I want to be a part of that essential work,” Jackson said. 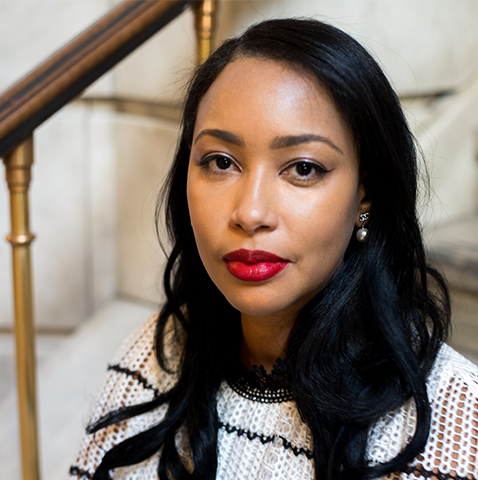 Sinclair joins ASU from Brown University’s Department of Literary Arts, where she served as a postdoctoral research associate. She was born and raised in Montego Bay, Jamaica, and is the author of “Cannibal,” a collection of poems that explore her Jamaican childhood and history, race relations in America, womanhood, otherness and exile.

For her work, she was awarded a Whiting Award, the American Academy of Arts and Letters’ Metcalf Award and the Prairie Schooner Book Prize in Poetry.

Sinclair said she is eager to join ASU’s faculty and to guide the next generation of poets.

"I'm beyond excited to be joining the creative writing program at ASU, which will give me the opportunity to think, build and write alongside brilliant colleagues and thinkers, while also fostering and guiding the next generation of young poets. I hope to continue building on the legacy of the amazing poetry program at ASU, while exploring new linguistic imaginings, rigorous word-shaping and mythmaking, weaving new worlds out of language in the desert,” Sinclair said.