Putting a human face on the pandemic

COVID-19 has killed more Americans than the 1918 influenza pandemic, pushed the bounds of our country’s health care system and messed up the world’s supply chain. It has crushed businesses, plans and lives in its destructive wake.

The pandemic has also exacerbated inequities in America, according to a student-led national journalism project headquartered in Arizona State University's Walter Cronkite School of Journalism and Mass Communication.

The Carnegie-Knight News21 investigation “Unmasking America” was the subject of a Nov. 15 “Must See Mondays” lecture series at the Cronkite School’s First Amendment Forum on the Downtown Phoenix campus. 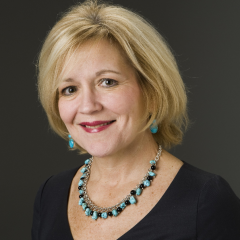 “The News21 project highlighted the disparities in the policies and practices that intensified under COVID-19 and may persist today,” said Jacqueline Petchel, News21 executive editor for the project and a Pulitzer Prize-winning investigative journalist. “Student reporters traveled to dozens of cities and communities in rural and urban America to report on people who are used to struggling, as well as those who are new to loss, exposing unequal access to critical life-support systems such as health care, education, housing and food.”

The News21 initiative brings together top journalism students from across the country and has reported on a range of topics, producing in-depth, multimedia projects for major media, including The Washington Post, NBC News and USA Today.

Each year, students selected for the News21 program study a topic in-depth during a video-conferenced seminar in the spring, followed by a 10-week reporting fellowship during the summer. Students work out of a newsroom at the Cronkite School and travel the country — and sometimes to other countries — to report and produce their projects.

This year, the group produced more than a dozen digital stories, seven videos, one podcast and numerous photos and graphics that explored unequal access to health care, education, housing and food during the pandemic. It also showed a more human side of the pandemic.

Produced by 35 students from 17 universities, members of the investigative reporting fellowship traveled to more than 22 states and 31 cities.

The latter took News21 Fellow Amudalat Ajasa to Tuskegee, Alabama. There she and other team members investigated the “United States Public Health Service Syphilis Study at Tuskegee,” which was a decades-long study that deceived the Black community and ended up paying out $10 million to participants in a 1974 out-of-court settlement.

“They (the government) lied to Black people for four decades when there was a cure available,” said Ajasa, who attends Hofstra University in Nassau County, New York. “These stories had been passed on through generations, and a lot of people would cite Tuskegee as a reason for their (vaccine) hesitation. … We contextualized this mistrust without blaming Black people for not getting the vaccine.”

Trust earned was also a thread for other journalists working on the project.

Emma VandenEinde, a master’s degree student at the Cronkite School, traveled to Nogales, Arizona, where she told the survival story of Thomas Gonzales, a retired Tucson, Arizona, police officer turned bike shop owner. The pandemic claimed the lives of his father and his mother-in-law and cost him his business. The story required trust from Gonzales, who detailed on camera the worst year of his life and the death of his retirement dream.

“His story is filled with dominoes,” said VandenEinde, who co-produced the video with News21 Fellow Chase Hunter. “He (Gonzales) has been through a lot, and just getting to sit there and listen to his story was just a powerful moment that Chase and I got to share with him.” 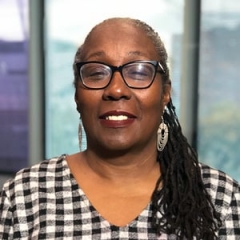 Cronkite School Professor Venita Hawthorne James, the managing editor of the project, said these portraits of survivors like Gonzales were a simple way of showing regular people without inflating or deflating their stories.

“One of the beauties of News21 is the ability to tell stories in different ways,” James said. “They’re telling the story of America because they represent a lot of other people.”

The plight of people in rural communities had a way of cutting through the politics and getting to the heart of the story, said Prince James Story, who traveled to Electra, Texas, a town with a population around 2,700 people.

His story, co-authored with Zhixuan Fan and Jimmy Cloutier, focused on health care in rural America. It specifically focused on how a hospital and a cluster of clinics became a lifeline for a once-booming oil town in northern Texas.

“If you ever saw an old Western, that’s how this town looked,” said Story, who is an ASU master’s degree student and reporter with the Cronkite News Phoenix Sports Bureau. “There were no Walmarts, no nothing. Their grocery store was the Dollar Tree.”

Story and his co-authors spoke with health care workers, COVID-19 patients, and hospital and county administrators, who he discovered were all placed under enormous stress because of the lack of PPE and other resources.

“One of the nurses told me she didn’t have a day off for months because she would go in and work 16- to 18-hour shifts, then go home, sleep a couple of hours and come back. And sometimes she didn’t sleep,” Story said. “About 40% of all the health care workers actually contracted or tested positive for COVID.”

Reporters were also put to the test, James said, but they became better journalists for it.

“It was exciting but tough. There were times when it was very tough,” James said. “You’ll never become a better journalist if you don’t try and do things differently and push yourself into uncomfortable positions.”

It’s a notion seconded by Ajasa, who was thankful for the experience.

“I’ve learned more through my investigation with News21 than at a semester at Hofstra,” Ajasa said. “When you’re in the field, it’s hands-on and you’re learning on the fly. It’s like, ‘OK, this is what we’re going to do, and this is how we’re going to tell the story.’”