“Use-it-or-lose-it requirements, together with narrow definitions of eligible uses, can preclude environmental groups from participating in markets for natural resources,” said Bryan Leonard, a senior sustainability scientist at ASU who was the lead author on a recently published policy forum for Science. “These restrictions can bias resource management in favor of extractive users, even when conservation interests are willing to pay more to protect resources from development.”

Leonard said resources can include oil, gas, water and a variety of minerals and raw materials. He added the laws were created in the 19th and early 20th centuries when the country’s priorities were different, and they now need to be updated.

ASU News spoke to Leonard about his article and resources on public lands. 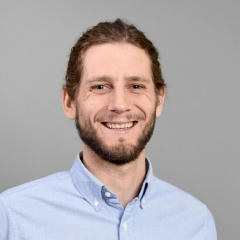 Question: Your paper, “Allow ‘non-use rights’ to conserve natural resources,” essentially states that laws regarding conserving public natural resources are antiquated and biased. Can you give us an example?

Answer: The rights to use resources on public lands including oil and gas, timber and grazing of livestock are typically auctioned or leased to private parties. These rights are subject to “use it or lose it” requirements that say that the government can revoke an oil lease, timber sale or grazing allotment from its holder if they aren’t actually using the right.

In practice, this means that conservation groups seeking to prevent oil and gas development, timber harvesting or grazing can’t acquire these rights for conservation purposes. On private land, a group like the Nature Conservancy can simply buy or lease a piece of land it wishes to conserve. On public land, the right would be revoked and resold to an actual “user” of the resource.

For example, the Grand Canyon Trust tried to retire some grazing allotments within Grand Staircase-Escalante (National Monument) in the 1990s, and they were forced to actually acquire and graze cattle to keep the allotment from being revoked and reissued. Similarly, Terry Tempest Williams entered the winning bid at a federal oil and gas auction in 2016, but the lease was revoked and opened to other bidders once Williams revealed her intentions not to drill.

Q: Why do these laws exist?

A: For the most part, these laws were crafted during the late 19th and early 20th centuries, when the policy priorities of the federal government — and the values people assigned to nature — were very different than they are today. At that time, the government wanted to promote westward expansion by encouraging settlers to move west and develop resources. There was also a fear that wealthy financial interests would monopolize control of land, water and other resources.

The laws that were developed — the prior appropriation doctrine for water, the Mineral Leasing Act, the Taylor Grazing Act and the National Forest Management Act, to name a few examples — promoted investment in resource extraction with “use it or lose it” requirements that prevented monopolists from buying up resources simply to control them. At the time, supply of natural resources, open space and other ecosystem services associated with public lands was abundant relative to the demand. But as the public’s values associated with these resources have changed, the law has not kept up to accommodate new uses associated with conservation.

Q: Would this be an easy fix in your opinion?

A: Unfortunately, no. Although there are isolated cases where particular administrations have gotten creative with rule-making to allow conservationists to promote additional conservation on public lands by buying out existing rights, this is the exception rather than the norm. These special cases also tend to be somewhat fragile — they can be swept away when a new administration takes power.

Lasting change to allow more flexible arrangements for conservation on public land would require Congress to actually change some of the laws governing natural resources. If that did happen, conservationists could spend their resources to directly acquire and withhold resource rights to promote additional conservation, rather than relying on litigation and lobbying.

A: Because it is effective. While some environmental NGOs might balk at the idea of having to pay to promote more conservation on public land, most are results-oriented and would likely pursue this strategy if it were effective. We have some evidence to support this idea. Where conservationists have been allowed to bid on resource rights, they have done so. Thanks to special circumstances, groups have retired grazing allotments, bought out oil and gas leases, acquired and managed fishing quota and submitted winning bids at timber auctions.

Another important point is that the current system, whereby conservation groups are prevented from bidding, actually acts as a subsidy to extractive resource uses. Markets and auctions help allocate resources to their highest-valued use, but that only works when all “users” are allowed to participate. By keeping NGOs from entering bids, existing laws allow timber harvesting, grazing and oil and gas development to occur at artificially low prices that don’t reflect the conservation value associated with these activities.

Q: How does your proposal fit into broader policy goals of the new administration?

A: The Biden administration has announced the ambitious goal to conserve 30% of America’s lands and waters by 2030 under executive order 14008, and other countries have made similar commitments. Hence, the tide has already turned toward more conservation and less traditional resource extraction on public lands. This means that resource-dependent communities will face significant changes to their way of life in the coming years.

One way to approach these changes is through additional regulation and top-down reductions. These approaches breed conflict and leave existing users out in the cold. Alternatively, allowing NGOs to buy out existing users could reduce conflict, help target conservation more effectively and help secure a more just transition for resource-dependent communities. There’s even an opening to do this under EO 14008, which calls for a comprehensive review of federal oil and gas leasing.