Unlocking the mystery of education and autism

In the span of a century, students with autism have gone from being institutionalized in sanitariums to having careers in the STEM field. And despite those strides, academic institutions and teachers still don’t have a firm handle on how to effectively educate many students with this disorder.

That’s a real problem because autism is the most rapidly growing developmental disability in the United Statesm according to Juliet Hart Barnett, an associate professor in the Mary Lou Fulton Teachers College at Arizona State University, whose research focuses on instruction for students with autism spectrum disorder (ASD), quality teacher preparation and translation of research findings into classroom practice.

Barnett is hoping to take advantage of World Autism Awareness Day on April 2 to enlighten parents, policymakers and the community at large as well as increase understanding of people with autism to inspire a kinder, more inclusive world.

ASU News recently spoke with Hart Barnett to put a spotlight on the hurdles that people living with autism face every day. 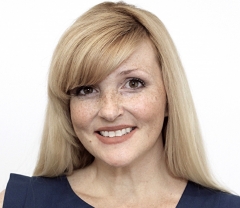 Question: Would you give me a general working definition of autism spectrum disorder and what the current prevalence rates are?

Answer: Sure, a working definition is a logical place to start. Autism spectrum disorders are a group of developmental disabilities that can cause significant social, communication and behavioral challenges. To receive a diagnosis of autism spectrum disorder, we typically use the criteria outlined in the Diagnostic and Statistical Manual of Mental Disorders from the psychology field. A child must demonstrate limitations in three primary areas: social interaction, communication and what are called stereotypical or unusual patterns of behavior, interests or activities — the hand-flapping, spinning and rocking behaviors we often see, for example. There is also a high need for structure and often ritualized routines, changes to which create serious anxiety for individuals with ASD.

In day-to-day life, these children have difficulty picking up social cues from their environment, forming relationships, using language effectively and regulating their sensory input. One way to think of it is that people with ASDs handle information in their brains differently than other people, and correspondingly, experience the world differently as well.

Now, in the past, ASD was actually considered a low-prevalence disorder. Today, it is the most rapidly growing developmental disability and is ranked as the sixth most commonly classified disability in the United States. According to the (Centers for Disease Control), it is estimated to currently affect 1 in 54 children. ASDs occur in all racial, ethnic and socioeconomic groups but are more than four times more common in boys than girls. More people than ever before are diagnosed with an ASD.

Q: Tell us historically how students with ASD have been served in our schools and what are your thoughts on more inclusive practices for this population of students?

A: The study of autism is relatively new to the field of special education. And, historically, our education system didn’t do a great job of meeting these students’ needs, in part, because it wasn’t clear what we were looking at. Some of the characteristics of ASD were thought to overlap with those of disorders such as schizophrenia. It was also thought most of these students had low cognitive ability. As a result, many individuals with ASD were misdiagnosed and placed in highly restrictive settings, such as institutions, and removed from the public eye to live out their lives.

Q: OK, then what are implications for how we prepare teachers to respond more effectively to students with autism?

A: The unique challenges presented by children with autism can quickly overwhelm unprepared teachers. Educators need direction on how to understand and address the behavioral problems and social communication needs of children with ASD, and they require practical techniques that they can use throughout their school day. There is also a rising expectation that students with ASD will access and develop the same core curricular content knowledge that their typically developing peers do, which ushers in a related need for evidence-based educational interventions to support students’ learning.

As the number of children diagnosed with ASD increases, colleges of education must ensure that general and special educators are prepared to teach these students effectively and to respond to their behavioral issues. Although both general and special educators are likely to encounter students with ASD in their classrooms, most teacher education programs actually provide little training in evidence-based practices for teaching students with the disorder. So, it’s not surprising that teachers rarely employ evidence-based instructional strategies with students with autism.

So, one of the major implications for colleges of teacher preparation is that we must find ways to integrate autism-specific content and strategies in our course work and our teacher candidates’ experiences. One of the most effective treatments for ASD is applied behavior analysis (ABA), yet ABA interventions are not typically available in our schools nor are part of teacher preparation programming. So, we have some work to do. These are no longer the students tucked away in self-contained special education classes. Students with ASD are — and will increasingly be — children all teachers will encounter, and with some regularity.

Q: What are the current postsecondary outcomes for students with autism?

A: The postsecondary outcomes of individuals with autism spectrum disorder are substantially worse than peers with other disabilities, across a number of important quality of life dimensions. Research suggests that adults with ASD are characterized by frequent unemployment or underemployment, with fewer than half holding a paying job. Community living and social outcomes are also poor. That is, young adults with ASD have a relatively low likelihood of living independently, are often likely to be living with parents and have limited friendships.

On the other hand, it’s also estimated that 40% or so of young adults with ASD do enroll in colleges or universities post high school graduation. However, most institutions of postsecondary education aren’t prepared to support the rising number and unique needs of students with ASD. Encouragingly, some universities are taking the initiative to develop programming to assist students with ASD in transitioning successfully to college life. ASU’s Employment Assistance and Social Engagement (EASE) peer mentoring program is a good example of a program focused on assisting students with autism with the transition to college life as well as career readiness skills to facilitate their success.

Q: You mentioned applied behavior analysis as an effective, evidenced-based practice for working with students with autism. However, these services are not typically available to schools. How do you address that gap?

A: This is such an important question and one that we are currently grappling with in the field. Applied behavior analytic approaches are recognized as the most effective basis for treatment for children with ASD. These interventions are useful in minimizing problem behaviors such that children with ASD can often be educated with typical peers for at least part of the school day. But ABA services are typically delivered by private agencies and aren’t currently an integral part of the special education services offered by most schools as part of students’ individualized education plans.

There has been some hesitancy on the part of public school systems to implement ABA-based interventions. Public school administrators’ lack of specific training on the needs of students with ASD, financial restraints, the lack of sufficient numbers of qualified ABA professionals and teachers, and limited support for paraprofessionals all result in barriers to the adoption of ABA-based programs.

A primary objective of my current research agenda is to determine the most effective ways for behavior analysts and school personnel to collaborate in their implementation of ABA as they seek to meet the needs of students with ASD successfully. Teacher educators are uniquely qualified to take a leadership role to address the lack of specific teacher training on ASD and to prepare their candidates for collaborative roles alongside ABA and other related service providers. In the (Mary Lou Fulton) Teachers College, we are currently engaged in a redesign of our undergraduate teacher preparation program, which will include a number of specialization areas, including in autism and ABA, to begin to address this issue.

Q: How do parents of children with ASD effectively advocate for their children, given the current challenges to securing the appropriate services for them from school districts?

A: Historically, parents of children with disabilities have in large part been the recipients of schools’ decisions about their child’s education. They understandably may defer to the expertise of school professionals, who tend to use lots of education jargon and acronyms, which can be confusing for a lot of parents. With this recognition, our special education law emphasizes the importance of helping parents advocate for their children and ensuring parents have an equal voice at school meetings related to their child’s education.

My role as a special educator and autism researcher preceded my role as a parent of a young child on the spectrum. I now appreciate firsthand how the feelings that come with having a child with a disability can so quickly overwhelm and disorient, even when I’m more conversant on special education law, policy and interventions than anyone at the table. No words can adequately explain the concern and anxiety that accompany parents of children with ASD in most contexts, let alone at school-based meetings that feel decidedly high-stakes, in that they determine educational access and services, and signal specific types of long-term outcomes for their child.

In short, parents must become their child’s best advocate. Become familiar with federal laws, state laws and relevant judicial decisions related to ABA and other evidence-based services for children with ASD. It’s also important that parents learn about the legal and school-based dispute resolution systems to advance their efforts on behalf of their children. Many parents are increasingly requesting ABA-based educational interventions because of their documented effectiveness for individuals with ASD and some are able to work with school districts to secure such services in some form.

As parents, we also want to maintain our optimism. We strive to trust that most school personnel are acting in good faith and want to make a difference in the lives of children, even when there are notable differences in perspective about what educational programming and services should look like. Parent or professional, the goal of all team members is a productive, collaborative partnership. When parents and schools collaborate to form a seamless system of support, children thrive, including those with ASD.