Herbert Roskind has met many students over the past decade while teaching the course Global Trade in Real Time at Arizona State University — and some of those students have shared his entrepreneurial spirit.

“Several of our former ASU students started businesses; one already succeeded nationally,” said Roskind, a courtesy affiliate and advisory board member in the School of Politics and Global Studies who uses his decades-worth of experience in entrepreneurship and commodity trading to teach students about supply chain management and negotiations while accounting for cultural differences.

“We're proud of them, encouraging others to invent themselves.”

Sophie Aigner, who graduated with a Bachelor of Arts in global studies in 2012, originally took Roskind’s course as a way to see what a career in the global supply chain industry would look like.

“This course was very interesting as it was super practical and gave very clear insights into the careers of the shipping industry,” said Aigner. “Professor Roskind has a vast experience in global negotiations and shipping, so the biggest takeaways were learning from his practical experience.”

After graduating, Aigner worked in Africa before piloting the startup Lima Links, a Zambian agricultural technology company, in 2016. After four years, she was ready for a change and partnered with her mom, Vickie Aigner, to develop Alive, Fit & Free, which is a virtual community where people of any age around the world can participate in live experiences.

Throughout the years, Aigner has maintained a relationship with Roskind thanks to his mentorship.

“(Roskind) is an entrepreneur at heart and has great advice in many areas, so he is currently an advisor of mine in a startup I am working on,” Aigner said. 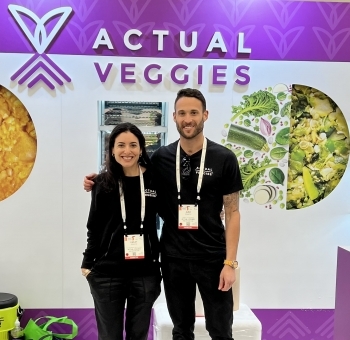 Alum Alex Swartz took Roskind’s class in 2012 while completing his Bachelor of Science in supply chain management. The course aligned with his interests in commodity trading and the markets.

"Knowing that (Roskind) worked in commodity trading starting in the mail room to one day starting his own firm,” Swartz said, was an inspiration for him to work in physical oil trading.

Now, 10 years later, Swartz is pursuing his passion of entrepreneurship through his brand Actual Veggies.

“My sister, a friend and I started a veggie burger company that manufactures and distributes whole-food veggie burgers that celebrate veggies instead of mask(ing) them,” said Swartz.

Swartz started Actual Veggies in March 2020. Aiming to create the best-tasting veggie burger using only real ingredients was no easy task — it took eight months to create the recipe. Thanks to investment help from Big Idea Ventures, Swartz was able to get his veggie burgers launched nationwide in Sprouts in July 2021 and partnered with big online retailers like Blue Apron, Hungryroots and Imperfect Foods.

“(Two and a half) years later, we are in almost 2,500 retail stores and learning from our mistakes,” said Swartz. “We are very proud of what we've accomplished but feel we are just getting started.”

It was also in 2012 when Eduardo R. Cervantez discovered Roskind’s class. He was attending ASU while pursuing a BA in sustainability and a minor in global studies. The class appealed to him since it was one of the few business-oriented classes within his areas of study. 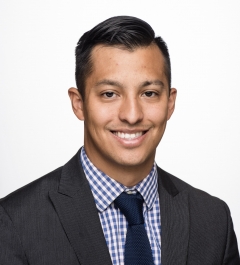 The class provided him the opportunity to expand his comfort zone and helped develop his skills in negotiations — which Cervantez says is key in every aspect in life.

“I think everyone is intimidated about business, but this class is perfect to take because of the connections you make,” said Cervantez. “All the material you learn in the class can be applied in real life and in any situation.”

Cervantez works in finance as a vice president of capital forecasting, and he manages the capital projections for the Citigroup Bank in New York City.

“(Roskind) is a great professor, mentor and family friend,” said Cervantez. “… I have a tremendous amount of respect for how he has helped me in my life.”

Christopher Robin Gallego, who graduated with a film and media production degree from ASU in 2013, did not sign up for Roskind’s course but would end up learning from it anyway.

In 2011, following Harvard’s “flipped’ teaching concept, Roskind was looking to hire a student videographer to film his course. He hired Gallego for what would be his first paid job as a video producer.

“More than that, it was the beginning of my mentorship by Herb,” Gallego said.

According to Gallego, Roskind is a “titan of industry,” which helped make his unique course so attractive.

“So when Herb wants to do something like visit the Port of Long Beach to film some interviews for the video course, all he has to do is make a couple of phone calls and it’s done,” recalled Gallego.

The excursion through Southern California would lead to Gallego landing his first summer internship in Hollywood.

During the following fall, Gallego completed editing of the series of videos for Roskind’s course, but they weren’t up to the quality he was hoping for. Feeling like he let Roskind down, Gallego was crushed.

After graduation, he moved to LA and worked enough to invest in his own upgraded camera kit. The pair stayed in touch over the next couple of years, and when Roskind was in LA vising family, Gallego would get a chance for redemption. He offered to film Global Trade in Real Time free of charge, stating, “Don’t worry about it. I owe you one.”

Given that YouTube was the leading site in video learning, they created the “Global Trader Network” channel to host the videos.

In 2018, Gallego went full-time as an independent producer, ultimately getting hired as head of production for the streaming startup service MagicFlix in Las Vegas. However, the pandemic would ultimately alter his plans, and he moved back to Los Angeles.

Using his skills in web design and SEO, Gallego helped launch a lead-generation site with a friend in the construction business. They have run a seven-figure business ever since.

It was around this time Roskind reached out to propose working together again.

“I think we’re going to take the Global Trader Network to the next level,” said Gallego.